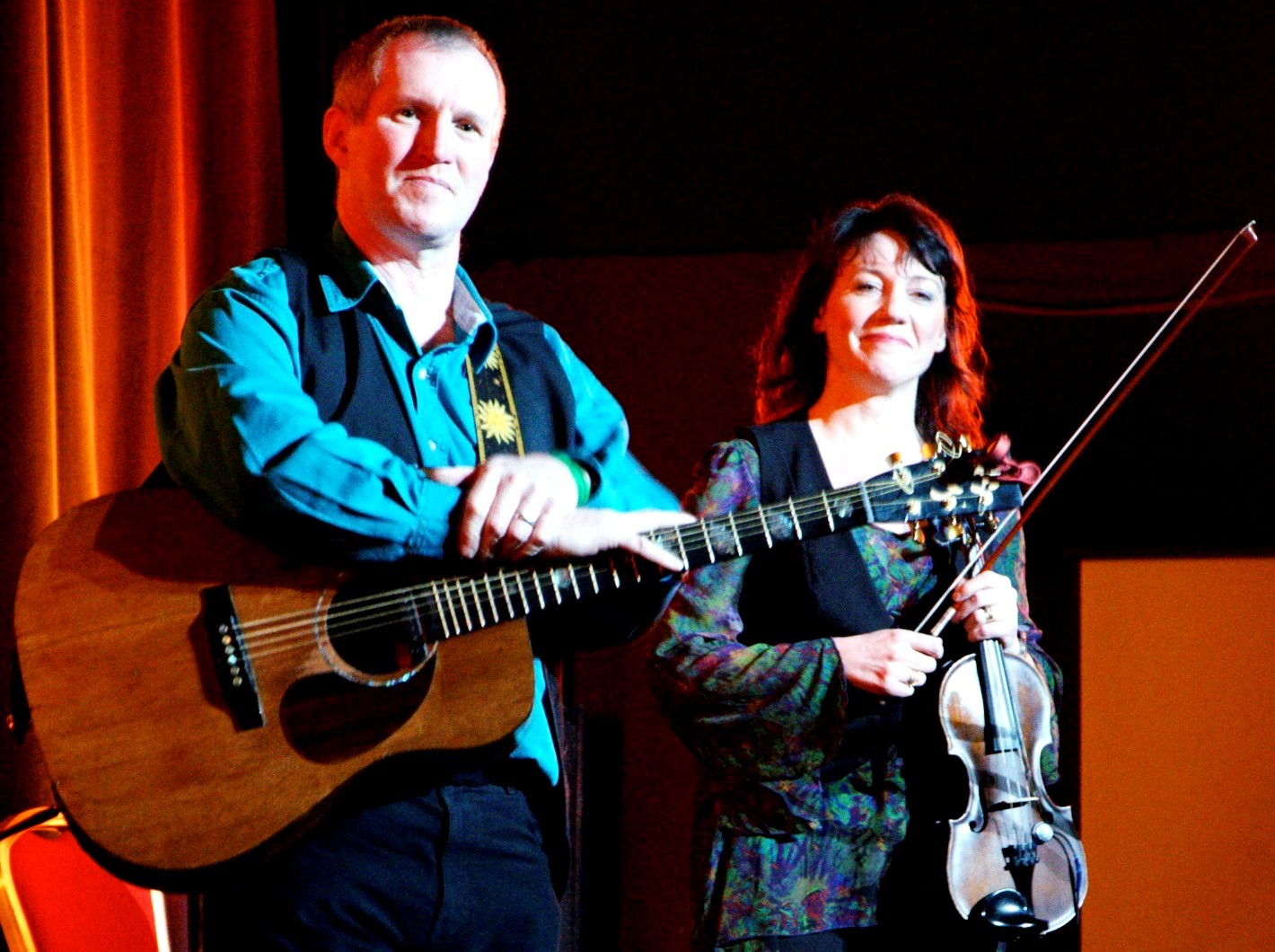 Muckle Flugga was formed by Dave Gifford & Bob Crosbie in 2004.
Prior to formally creating the band, they had played in various traditional sessions around Edinburgh.  For a number of years, they played as a duo before being joined for a short while (2009 - 2010) by Abbie Patterson (Bodhran).  Other local musician friends occasionally expanded and enhanced the line-up.
In 2011, Claire Murdoch (Dave's daughter) joined the group, and brought a new dimension to the group membership.  The format was a good one, and was quickly adopted as a lasting arrangement.
Sadly, the membership changed again in 2013 due to Dave's untimely passing.  However, his spirit lives on within the group - in our music, and in our humour.

Claire and Bob plan to continue as a duo.

There are two members in the current line-up, and they are listed on the Band Members page of this site.
All the members are multi-instrumentalists, and performances can include a wide range of instruments.

Our first album (Northern Light) was produced in 2010.  It was introduced on Celtic Music Radio as their “Album of the Week”.  It has also been featured at various times on BBC Radio Nan Gaidheal; a number of independent local radio stations within Scotland; and on Celtic Music Radio Stations in Canada, USA, New Zealand, and Australia.
Our regular performances occur in Edinburgh and throughout Scotland.  Past performances include the Edinburgh Festival Fringe, Edinburgh Ceilidh Festival, and the Currie Beer Festival.  We also play for private functions.
We collaborate with an Irish Dance Theatre Company (Siamsoir) to provide music for their shows.
Our music was included in part of the BBC2 documentary about the 1970’s; and we have been filmed during one of our performances for a travel documentary about Scotland which was commissioned by a television company in Japan.
Galway, in Ireland, is one of our favourite cities; and we regularly visit and perform our music there.

Our second album (Back to the Light) was released at the end of October 2012,and has received wide acclaim.
Both our albums were recorded at The Sonic Lodge Studio, Edinburgh

Please contact us using the email address on the Contacts page for a booking or for more information.
If you have previously heard our performances, and would like to remain in contact with us, please use the social networking sites shown on the foot of each page.

We look forward to hearing from you.